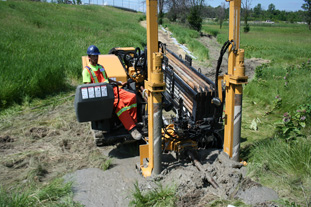 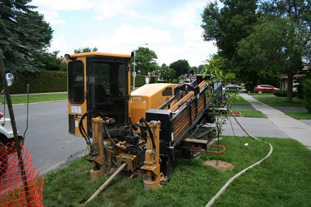 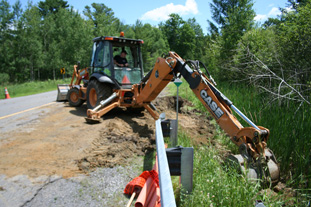 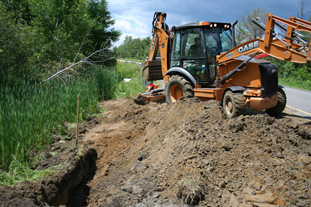 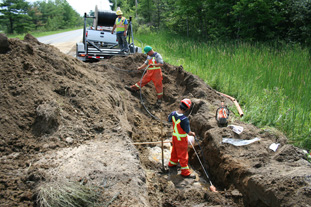 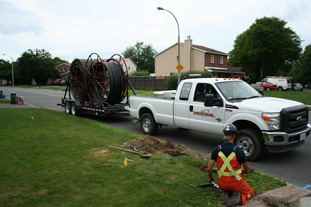 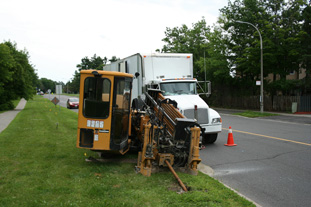 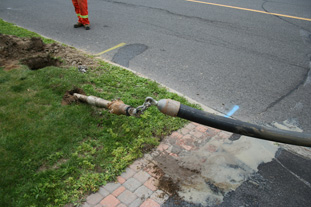 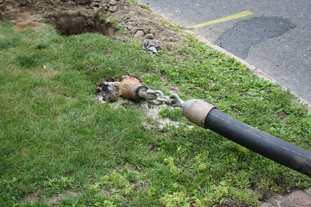 Horizontal Directional Drilling (HDD) was developed in the 1970s to install utility pipes and cables beneath or around a variety of surface obstacles including roads, rivers and railways. The technology combines techniques used by road boring as well as oil and gas Directional Drilling. HDD's are relatively compact and have a small footprint that allows the equipment to be set up in relatively tight spaces such as the boulevard of a roadway.

The first-ever Canadian Infrastructure Report Card in 2012 examined 123 Canadian municipalities and found that 30.1% of wastewater pipes were in fair to very poor condition, 15 % of drinking water pipes were in the same condition and the estimated repair bill is in the billions of dollars.

Aged infrastructure must be renewed or replaced but most older sewer and water pipes have been covered over by streets, sidewalks, landscaping, and buildings. Replacement by open trench construction is very difficult due to the proximity of other utilities and the need to excavate and replace everything above the affected pipe.

As HDD has advanced in speed and accuracy it is becoming the method of choice for installing pipes or conduits where the environmental impact is a key consideration. Saving time, money and reducing public inconvenience makes HDD the better choice for your job.